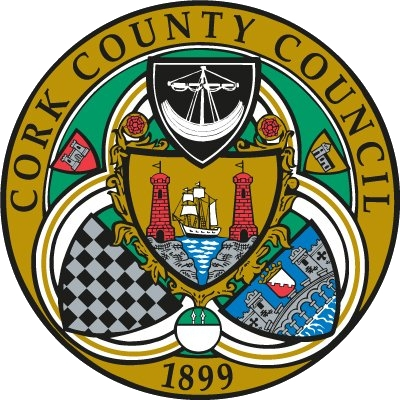 The Lord Mayors Community Heritage Concert Committee have chosen the Cork Academy of Music on its 25th Anniversary as the 2019 recipient of the Lord Mayors annual Community Heritage award in grateful appreciation for their contribution to the Cultural life of Cork using Music as a tool for Social Inclusion.
This award is presented annually by the Lord Mayor to organisations, groups or individuals in recognition of the immense contribution they have made to the Musical, Entertainment and Cultural life of Cork.
We congratulate Mr Bob Seward, Chairman and founder of Cork Academy of Music, the Board of Management staff and Students of the academy for the tremendous work the academy has carried on for the past 25 years.
Through this work the academy has not alone provided so many opportunities for a large number of people who attended the academy over the last 25 years but has also firmly established the Cork Academy’s of Music’s footprint on the musical, cultural and social landscape of cork.

The Lord Mayor and County Mayor of Cork, presents to Billy Murphy in grateful appreciation for his lifetime promotion of the History, Heritage and Culture of Cork on the occasion of Celebrating Cork Past local history exhibition.
Billy Murphy Born in 1940, entered the FCA service at 18years, then he joined The Royal Marines and was sent to Deal in Kent. After 12 months training Billy passed out as a Marine Commando in 1958. His First commission was in Malta, a British Base. His First ship was (LST) a Landing Ship Tank called HMS Striker. He Left Malta for Aden because Iraq was volatile due to the rise of Saddam Hussein.

Bahrain was his host port for 18months. He Returned to UK to the Depot in Deal.

Billy joined the 4-1 Commando in Bickleigh in Devon.

The Tanzanian army mutinied and 4-1 Commando was sent in to quell the mutiny, based on an airfield in Tabor-a, the mutiny ended after 3 Months. Billy Returned to the UK, and went touring for 12 months recruiting for the Royal Marines. After which he was sent to Malaysia and stayed until the trouble ended with Sarawak defeated in his efforts to claim all of Borneo.

Billy returned to Cork, retired from the army, and joined the airport police for 27 years.

Billy researched, investigated and compiled with the late Michael Holland Curator in UCC over 40 names of lectures, professors students and general staff.

He has a vast knowledge of so many individuals of WW1 VICTIMS from UCC. On WW1 itself and Cork Sportsman who participated in WW1. Billy assisted in the project of putting into place a lovely memorial of WW1 from the Middleton area.

The Lord Mayor and County Mayor of Cork, Presents to the Family of Declan Ryan our Tribute Award 2019 is in grateful appreciation for his lifetime contribution to the Musical
Culture and Heritage of Cork.

Sadly Declan passed away on 18 th March 2019 taking from our midst another showband legend.

Declan, in 1965 with the Regal Showband had a huge hit with “I Need You” Following which He formed the Arrivals showband.

In the early 1960’s Declan toured around Ireland and England and further afield to perform for Irish exiles bringing back great Showband Memories, especially to Cork exiles in England,
who danced to the Regal and Arrivals Showbands with Declan upfront as lead singer.